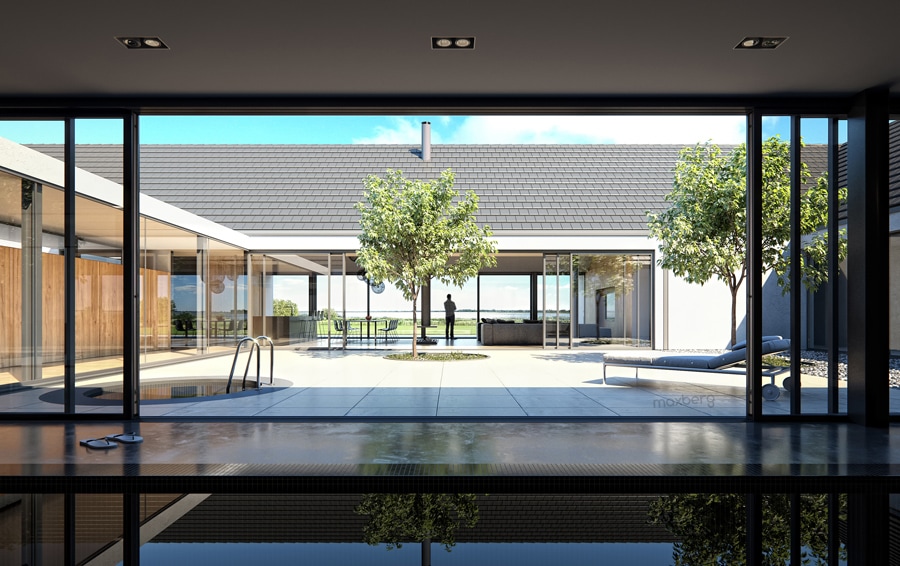 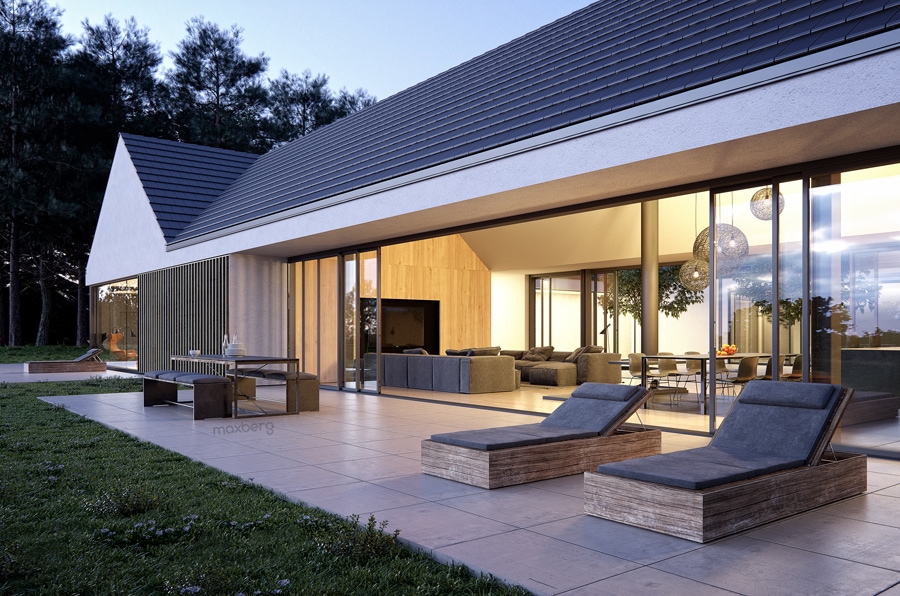 The modern house at Lake Miedwie is especially characterized by its original architecture designed by Karol Nieradka. The “Atrium” is a historical building from ancient Rome, with habitable rooms around a rectangular central courtyard. The facade of the building, made of prefabricated ceramic blocks, forms the first high-quality barrier against outside air, temperature fluctuations, humidity and noise. In addition, it has been designed to facilitate air conditioning and the flow of mechanical conditioning systems. The courtyard of the building insulates against wind and sunlight and provides residential users with privacy within the various rooms.

SMART RIGHT FROM THE START

The initial requirements for the house during the planning of the project were primarily the resulting energy efficiency and building intelligence. In this context, the entire building was constructed on a 20 centimetre thick, insulated foundation plate with 2-zone ventilation and two additional heat pumps Solar cells were also installed. All exterior walls have double-chamber and sliding glazing. As part of this energy-modern investment, an intelligent management system based on the international open KNX standard was designed and implemented. BAB TECHNOLOGIE equipment is used here.

A future-oriented feature in a house of this size is the comfortable control of the rooms via personal devices such as iPhone, tablet and other devices. This is possible thanks to CUBEVISION visualisation: lighting, underfloor heating, ventilation, music and other intelligent Smarthome functions can be regulated from anywhere. These and other units, such as home alarm or energy recuperation, can also be adjusted in a permanently installed control centre in the forecourt. The audio-video system installed in the living room, which can also be controlled directly, provides maximum visual and acoustic quality. Another popular gimmick are the individual scenes of the CUBEVISION visualisation, which create a certain room atmosphere with just one touch, e.g. through light colour, temperature or music: all control elements can easily be tailored to the users and rooms.