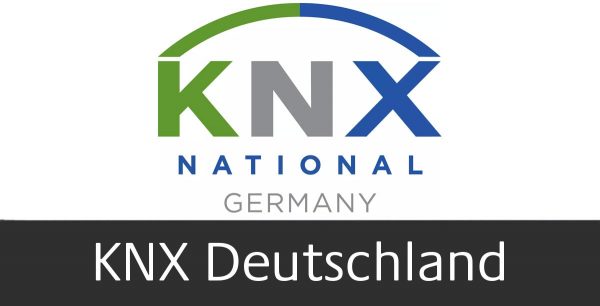 KNX Germany has been officially founded

Frankfurt am Main, 31 August 2022. With this step, KNX is taking a broader position in Germany. The KNX Germany association, founded at the end of June 2022, serves as a dialogue platform for everyone involved in the construction process and the operation of a building.

KNX Germany has a lot on its agenda. The purpose of the association is the promotion as well as the market-oriented further development and dissemination of KNX technology in Germany, involving all stakeholders in the education and training of craftsmen and planners for building infrastructure. In parallel, users, operators and investors of buildings are to be informed about the positive effects of KNX building system technology on efficient building operation and climate protection. Furthermore, the German KNX organisation, together with its members and partner associations, communicates how KNX contributes to solving the upcoming challenges of climate neutrality, energy transition, sector coupling, age-appropriate living and other areas.

Continuing the successful market development of the KNX system in Germany.

A good three decades ago, the foundation stone was laid for the European Installation Bus Association (EIBA), the predecessor of today’s KNX Association. Today’s KNX network in Germany, with around 23,000 KNX partners from the trades and system integration, 48 scientific partners and 92 certified training centres, is a team effort by the KNX manufacturers involved in the German market, the KNX Association from Brussels, the associations ZVEI and ZVEH and their many volunteers from industry and the trades. For the further challenges of the market, the cooperation with the partner associations ZVEI and ZVEH will be continued. To continue the successful market development of the KNX system in Germany, all interested partners in the KNX network in Germany can become members of KNX Deutschland and within this framework jointly develop solutions for the issues of the day based on KNX technology.

Foundation of the association with broad support from the KNX network.

Actively tackling the issues of the day

Jointly shaping the technical building infrastructure of the future on the basis of the proven KNX standard is the central concern of the new association. “We, the board of the KNX Germany association, are pleased that this foundation has received such great support from the trade, the KNX manufacturers and the group of system integrators. In the newly founded association, we have a clear commitment to KNX as the leading system in building system technology and want to position the broad base of partners and KNX even better in Germany. This also includes the close exchange with the KNX Association in Brussels and the other KNX National Groups”, explains the Chairman of the Board Hans-Joachim Langels from Siemens AG.

The second board member, Markus Fromm-Wittenberg from Gira Giersiepen GmbH & Co. KG, adds: “The challenges ahead of us in the areas of sustainability, climate protection, energy management, simplicity, but also flexibility and living, both today and in the future, make it necessary to involve all groups involved in the construction process and the operation of a building. For this purpose, we want to include not only manufacturers as members, but also representatives of the trade, crafts, system integrators, educational institutions, but also planners, architects, investors, operators and other KNX stakeholders.”

In conclusion, Michael Möller of Voltus GmbH and third member of the board of KNX Germany explains, “The next few months will be entirely devoted to preparing the first general meeting and our appearance at Light + Building in Frankfurt am Main from 02.10. to 06.10.2022. In close exchange with our members, we want to lead KNX as the worldwide standard for building system technology into a new generation. In doing so, we are focusing on new ways in communication, marketing and dialogue in order to shape the future of KNX together and successfully.”

Go to press release on knx.de